Something to Blog About!

Halloween is fast-approaching and the kids got to try out their costumes last night at a Saint Paul tradition -the Zoo Boo at Como Zoo.
When we went to the Renaissance Festival a few weeks ago we were tempted into buying a couple of costumes for the kids: a beautiful princess dress and an awesome pirate costume.
As we were preparing for last night's event we couldn't find the hat which came with the Younger's costume, and I realized that the off-the-shoulder princess costume wasn't quite warm enough for a crisp fall evening out trick-or-treating.
I dug through pattern after pattern at the fabric store, and I just couldn't find a pirate hat. Then I had a brainstorm - I have lots of craft books at home. Maybe I could find something there!
So this week I justified a portion of my vast craft book library and used the Reversible Bucket Hat pattern from Little Things to Sew by Liesl Gibson to make a pirate hat, and I made a furry-lined Reversible Hooded Play Cape from Growing Up Sew Liberated by Meg McElwee for my chilly princess. Both of these were fun and easy to whip up, the cape took all of a couple of hours, including a trip to Hancock for the shiny and furry stuff. I hand-sewed the hat, and did it while I caught up with my stories on Hulu the other day. 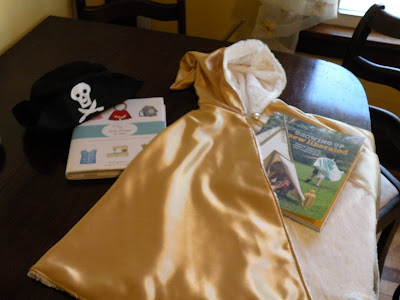 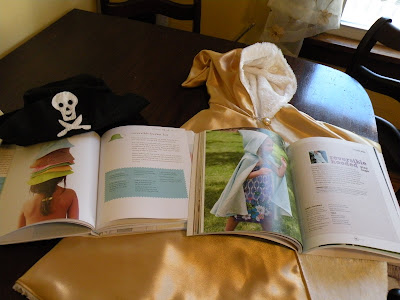 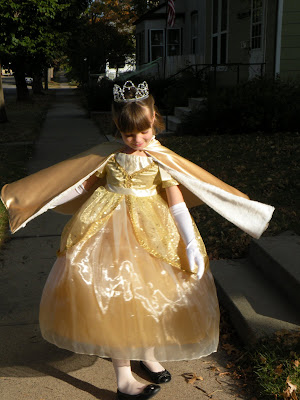 The Princess and the Pirate both approve. Have a Happy Halloween! 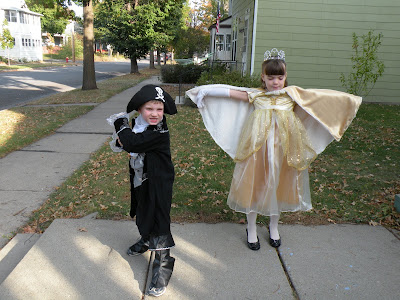