Back to School Sewing, Part I

Starting in a week we'll have a 1st grader and the following week we'll have a pre-kindergartner in the house.
As the fateful time is fast-approaching, I have been busy sewing away in my new sewing cave.
The Younger Hug-a-Bug is growing and growing and definitely needed some new pants.
I made one pair of long-sleeve pants (his terminology), 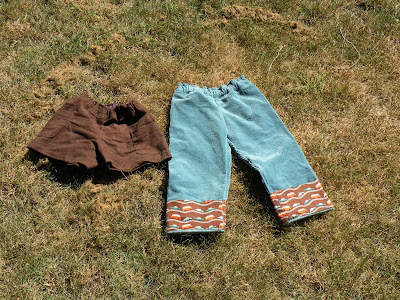 (it has been really hot and really dry lately, I guess my lawn is the worse for it) 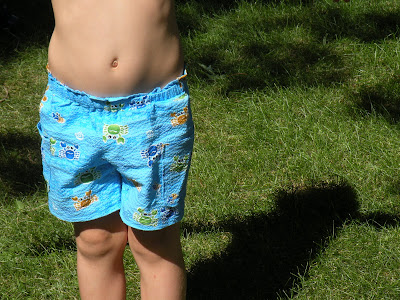 and two pairs of short-sleeved pants.


I have some grand plans for the pile of fabric on my cutting table, but I need to finish some stuff for the Elder first.
I'll be back soon with more progress.
Posted by Jess at 3:33 PM No comments:

Hi again,
Last night I met up with some fun ladies and we did some wet felting.
Our goal was to make some mobiles.
We rolled some wool roving balls, and then Kristin showed us how to make beads from felted rods.
I strung up some of them last night, but when I got home I decided to take the beads off of the plastic fishing line and use cotton thread, then whole project was achieved with natural materials.
Wood, metal, cotton, wool, shell. 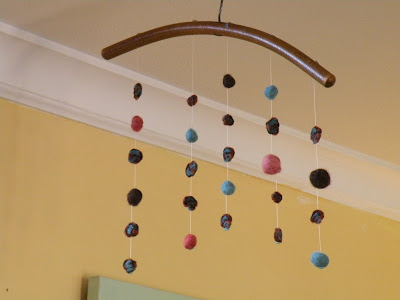 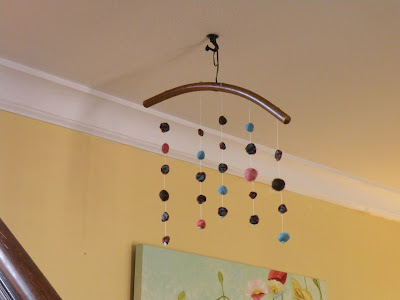 I'm pretty happy with the results, it looks like a first-time project, but that's o.k. by me.

Some of the other ladies used pieces of driftwood, and what they had when I went home was looking pretty terrific.
I can't wait to see the photos of the other finished pieces.
Posted by Jess at 9:45 AM 5 comments:

First of all, thank you all so much for your encouraging comments about my photo!
I feel very loved. 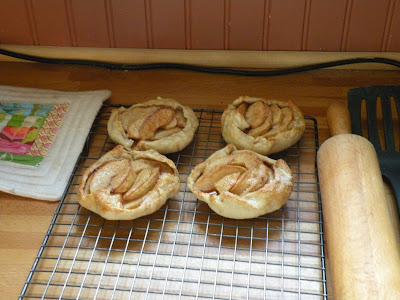 I was invited to a pARTy yesterday and I made these little apple tartlets and some plum tartlets to bring along.
These are a great little dessert to make with kids.
The Elder Hug-a-Bug was very helpful with the stirring of the filling as well as the forming of the tartlets.
Also, these are a good project for people like me who don 't have very much skill with the detail work of pie-making.

To make these first cut up some fruit, sprinkle said fruit with lemon juice, sugar and cinnamon and mix, then you roll out pie crust to an eighth of an inch, cut into 4 pieces, prettily arrange the fruit in the middle of a piece and pull the dough up around the edges.
Chill the tartlets while the oven is heating up.
Then bake for 15 minutes at 400 degrees, brush with egg white and sprinkle with sugar, then bake another 15 minutes.

I used an amazing pie crust from Cook's Illustrated which uses a mixture of flour, butter and shortening along with vodka and water for moisture.
Apparently the vodka inhibits the gluten production and makes the crust more tolerant of handling.
The first time I made this crust I bagged the shortening and just used Earth Balance Vegan Buttery Sticks, since it's basically margarine that tastes like butter.

I'll share photos of the project from the pARTy later today, I still have some assembly to finish.
Posted by Jess at 7:04 AM 2 comments:

One of my photos from the fair was featured on the MPR News Q!
A few months ago they approached me, as a local photographer, to submit photos for their website.
I was surprised, but very honored.
I have submitted a few photos since then, and they chose one in May.
It's kind of awesome to see my photo up there with the amazing photos of my fellow Minnesotans.
That made my day.
I hope your Friday is just as fun!
Posted by Jess at 9:07 AM 9 comments:

It's no secret. I love going to the MN State Fair.
There are all sorts of wonderful things to do there.
Ride lots of rides, 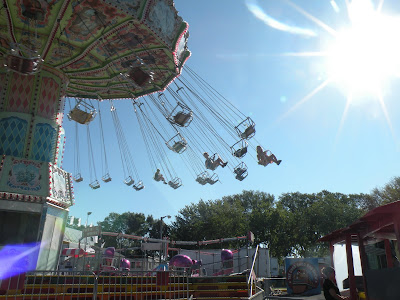 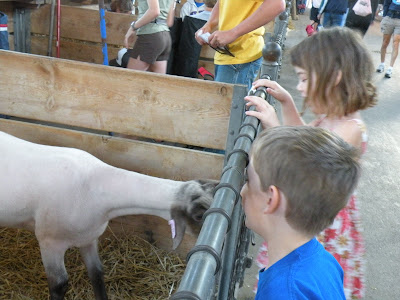 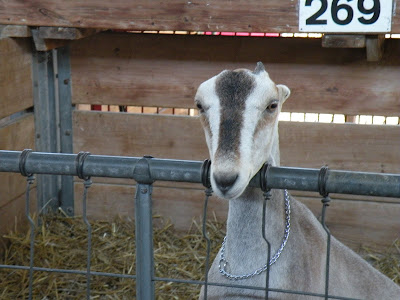 walk and walk and walk, these are just some of the things that I love about The Fair.
The best thing might just be winning a giant frog and then passing out in the car on the way home. 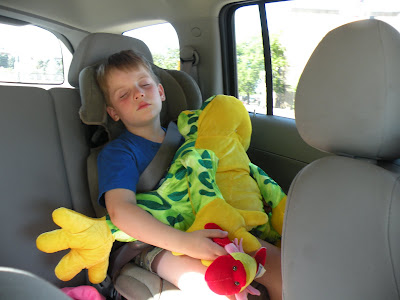 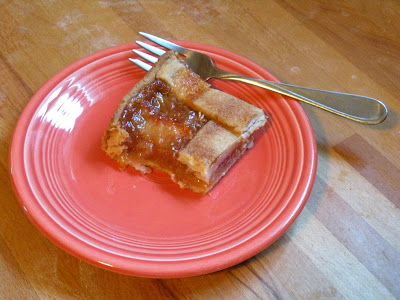 Last night I finished a knitting project for myself.
I do a lot of knitting for other people, and I don't get much time to knit for me, but I worked in some time to finish this one. I think it's going to be my go-to sweater for Fall. 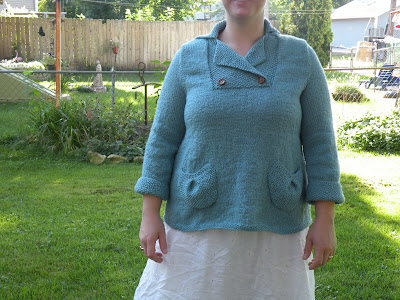 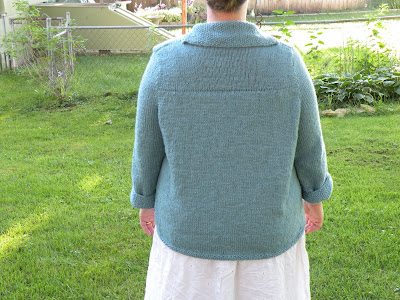 I guess I'm not completely finished, there are supposed to be tabs on the cuffs to keep them folded, and I think I'll tack down the placket flaps so they don't flip up, but I am really happy with the rest of it.
The only change that I made from the original patter is the pockets.
When I saw the photo in the book I thought it had really cute pleated pockets, but it turns out that they're not, the pockets in the book were just wrinkled.
Anyway, I wanted the pleats so I added some.
Now I just have to wait out these next few 90 degree days, and then the next month of Summer that we have left, until I can start wearing it.
Posted by Jess at 10:06 AM 6 comments: 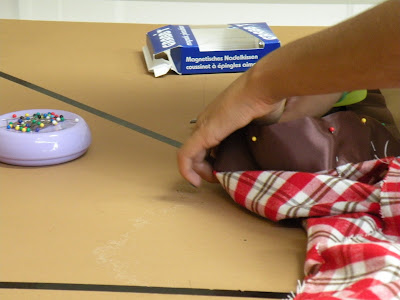 I just finished my 4th week-long kids camp of the Summer.
This week was sewing and I was totally inspired by my students' work ethic and creativity. 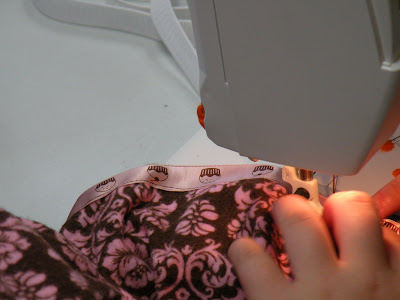 There were 6 girls in the class and by the end of the week they had finished making 11 pairs of pajama pants, one dress, one apron, many, many doll's clothes and a dress which only needed its bottom ruffle attached. 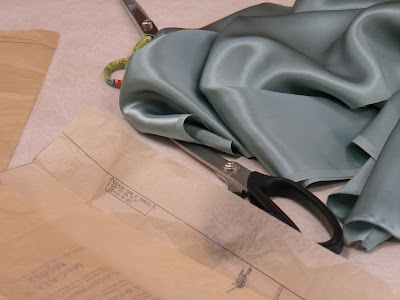 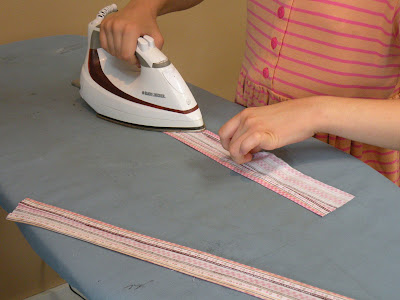 Working with these kids all Summer has been sometimes challenging but also really fun.
That said, I am looking forward to a few empty weeks before school starts.
We still haven't even started on buying our school supplies yet, I hope the stores aren't out of pencils.
Posted by Jess at 1:06 PM No comments: 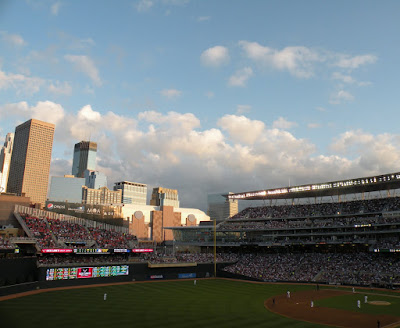 I was a little worried about the 4-year-old staying up so late, but it was o.k.
There were fireworks, 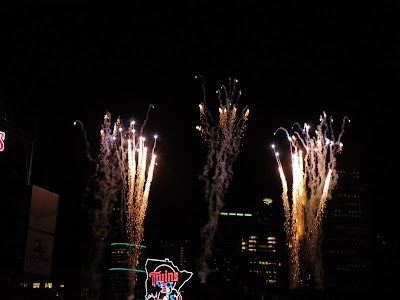 way too much junk food, and (I pulled a leaf from Amanda's book) lots of knitting. 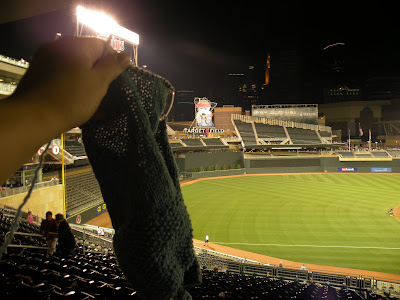 The Twins won the game, we had a great time and no ketchup got on my knitting.
Another great Summer day!
Posted by Jess at 11:22 AM 3 comments:

I don't know about where you all are, faithful readers, but in Minnesota it is HOT. 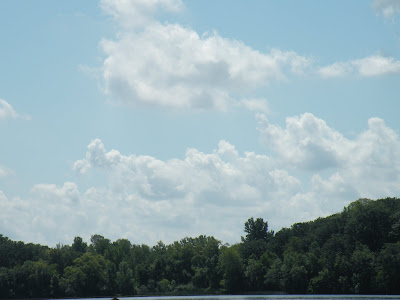 Thankfully we live in the land of Sky Blue Waters, and there are great beaches in almost every city. 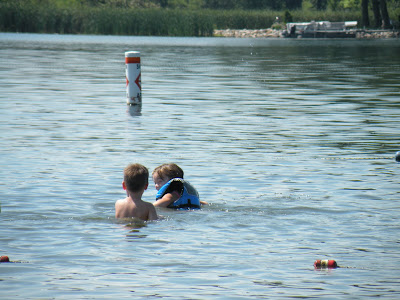 We went on an adventure yesterday with Mpls Nature Kids to Bryant Lake in Eden Prairie.
We got to meet some great families, and have some delicious junk food from the concession stand. Yesterday was a hot dog and popsicle kind of day for us.
Posted by Jess at 7:58 AM 6 comments: 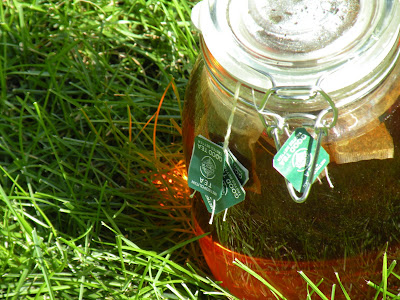 Hey, has anyone made Sun Tea?
This is my first time.
How long do I let it steep?

Update:
I left it out in the yard for a few hours, and now it's in the fridge.
I used some Elderberry Tea that I bought in a convenience store in WY on our whirlwind tour in June.
This stuff is so good! I foresee many more batches before the end of the Summer.
Why, oh why did I think I didn't like iced tea?
Posted by Jess at 3:42 PM 4 comments:

I worked the last 7 days, and will work this evening, but until then I have at least 8 hours of free time.
My plans so far call for a little of this - 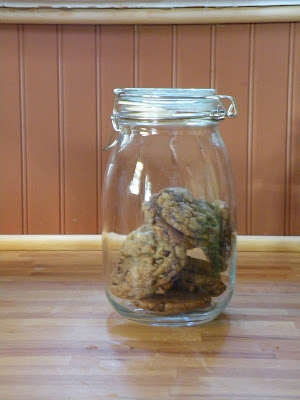 fixing up this guy - 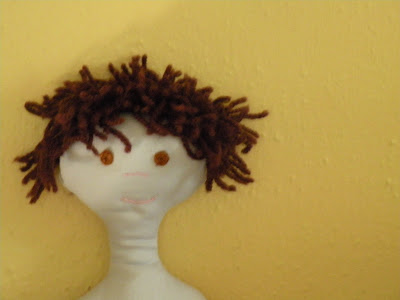 and probably lots of park time.
What's on your plate today?
Posted by Jess at 7:46 AM 1 comment: 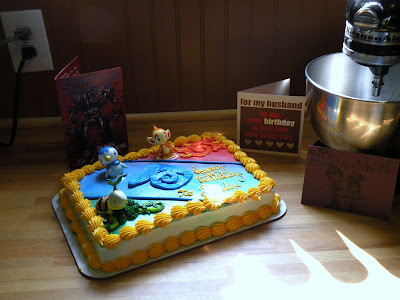 What he really wanted for his birthday was a clean kitchen, a trip to a restaurant, and a Pokemon cake so the kids could have the toys.
He got a card from each of us, hand-drawn from the Elder, Talking Transformers from the Younger and a lovey-dovey one from me.
Also, a clean kitchen.
Happy Birthday, Super Dada!
Posted by Jess at 10:03 PM 1 comment:

The past few days have been really busy.
This week is another kids' camp, sewing this time, and my mornings are spent teaching.
Monday I came home and passed out on the couch while the kids watched T.V.
Not particularly my finest mama moment, but what can you do?
Yesterday there was a blackout in our neighborhood and so we went to hide from the heat at the movies. When we got home, we headed out for our last night of t-ball, quickly followed by a potluck with the neighbors for National Night Out.

Today we are waiting for a tow truck to come and take away our car, so we're forced to take it easy and stay at home. 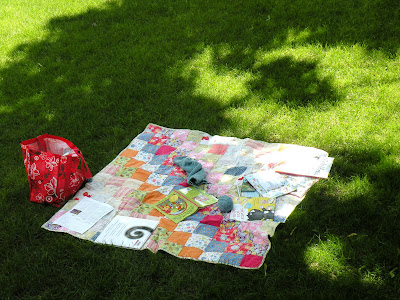 I have figured out how to make vegan cheese palatable, and I just had to share it here.
I grated up 1/2 cup cheese about an hour before I needed to put it on the pizza for dinner.
Then I drained it in some paper towels suspended over a bowl.
There was about 2 tablespoons of liquid in the bowl after I gave it a little squeeze after the hour was up.
Then I mixed the drained "cheese" which was about the texture of cream cheese at this point, with a little flour, some dried basil, dried oregano, fresh ground pepper and kosher salt.
I crumbled the mixture over the pizza and baked it.
The cheese-y mixture didn't melt much, but it did get toasty brown and it tasted good.
All the "Next Food Network Star" that I have been watching must have paid off!
Thanks Bobby Flay.
Posted by Jess at 5:55 PM No comments:

I may keep up this habit for a little while longer, I was a little sad to let it go. 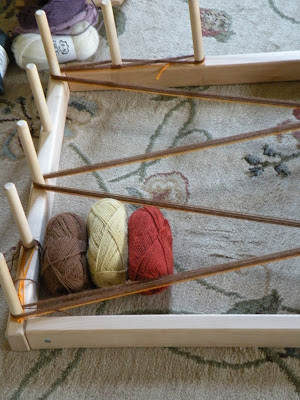 I just hope I haven't forgotten it all.
Posted by Jess at 10:50 PM No comments: