This morning I had a little adventure. When I say little, it was actually much more of an adventure than I had planned, but still little compared to, say, camping or kayaking down the Mississippi. 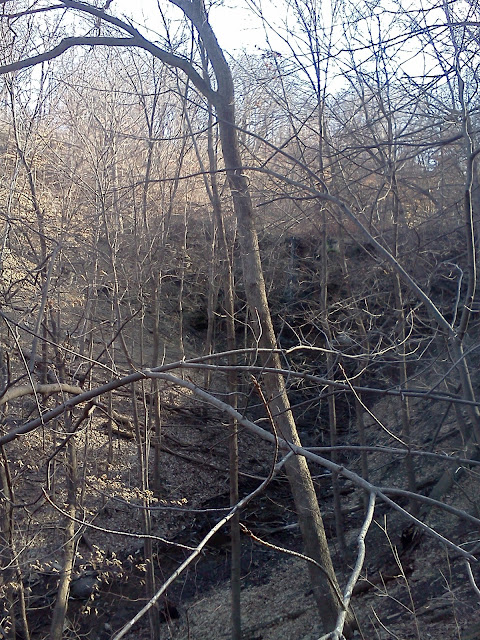 I went to my favorite spot in Saint Paul this morning, and I noticed that the trails were a little too muddy to do any exploring (since I had The Youngest in the Ergo).
I decided I would just take a seat on a nearby rock and listen to the waterfall and photograph the scenery.
After I took the photo above, my phone tumbled end over end down into the gully. 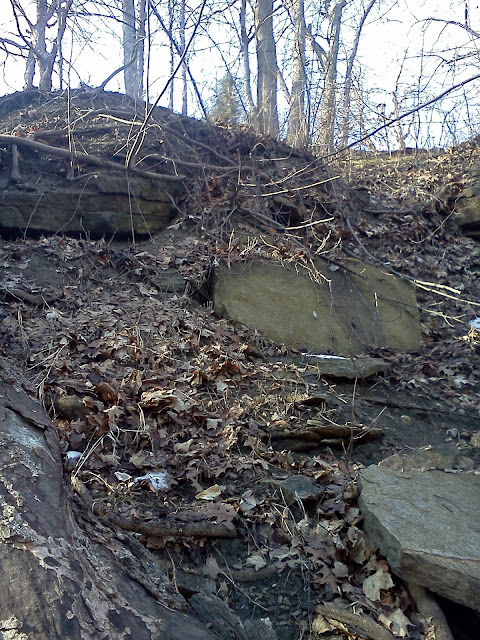 Well, I climbed down to get it, it had fallen about 10 feet, and when I got down there I couldn't climb back up! It was just too muddy and the leaves were quite slimy under my feet.
There was nothing for it, I had to climb down and come back up the other side. 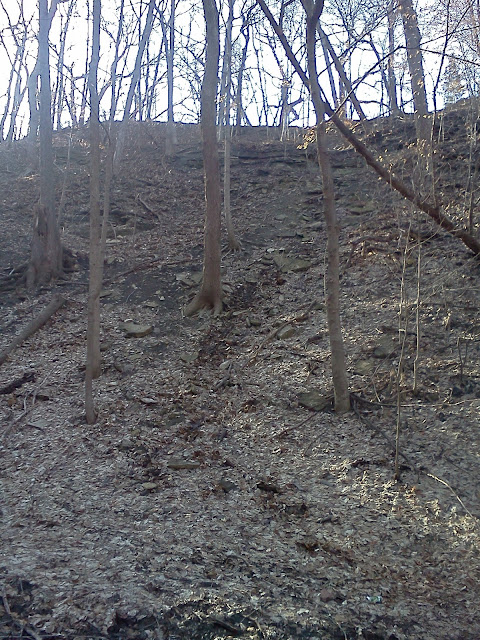 If you look carefully, you can see the path above where I slid down on my behinder. I thought about grabbing a loose hunk of limestone to use as a sled, but in the end it was just me and my jeans. 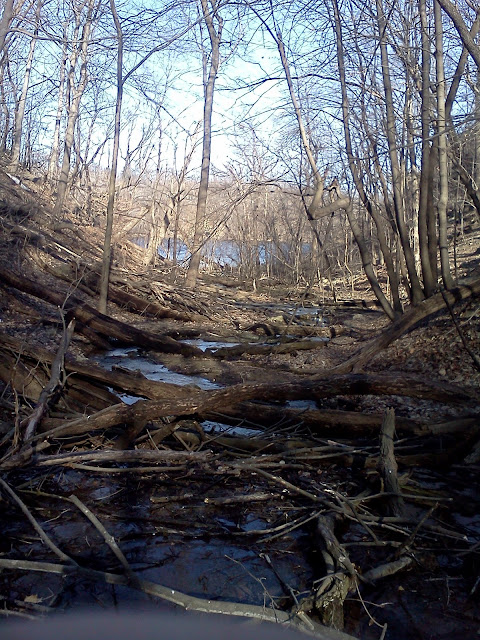 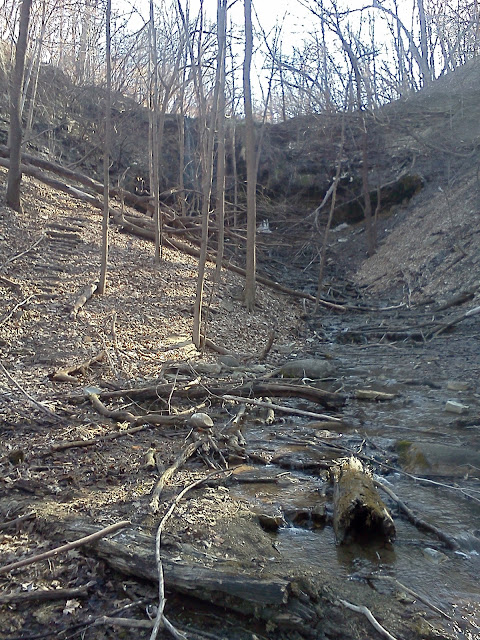 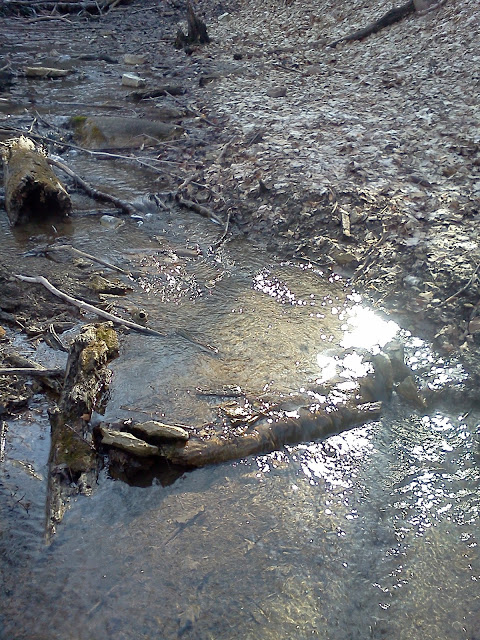 So, across the stream I went, over this log bridge, 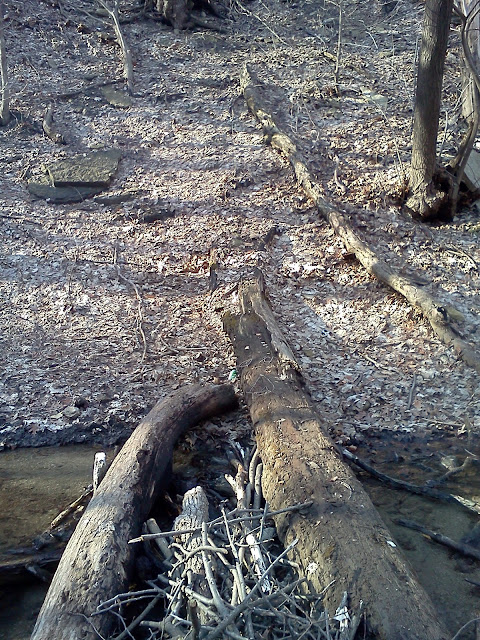 up the stone steps, 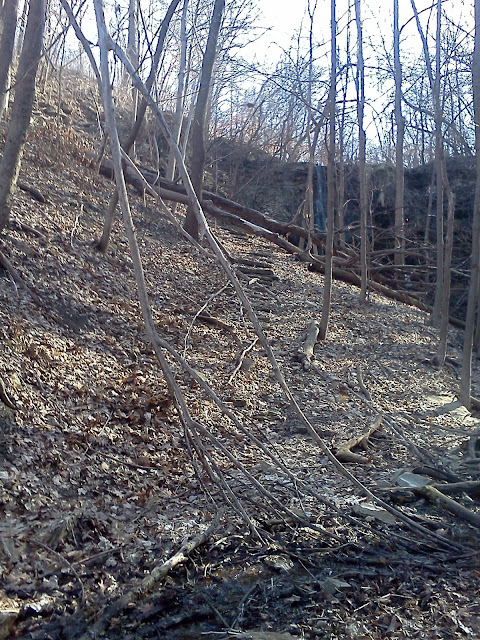 past the ever-lovely Shadow Falls, 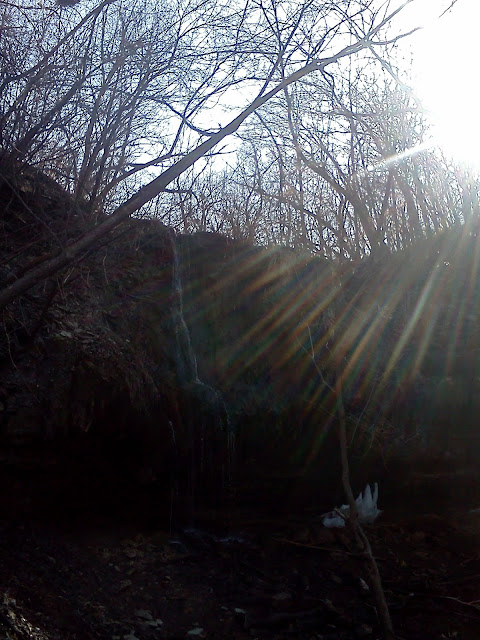 up the second flight of stone steps, 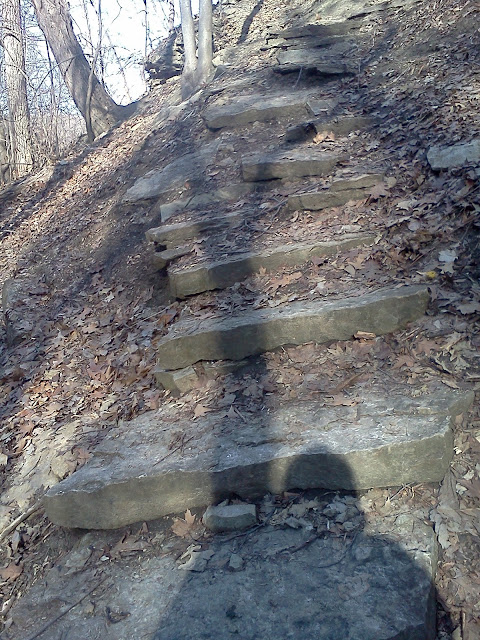 and up through the brush to the street level. 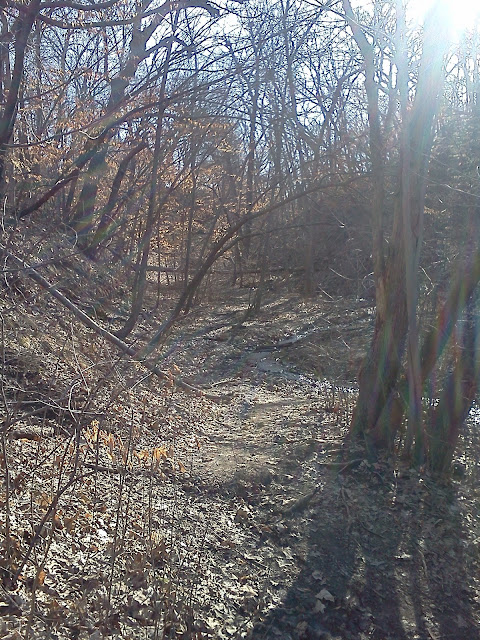 The park is about 3 blocks deep, and as I was traveling around the outer edge of it, I saw this much easier pathway in. Perhaps next time... 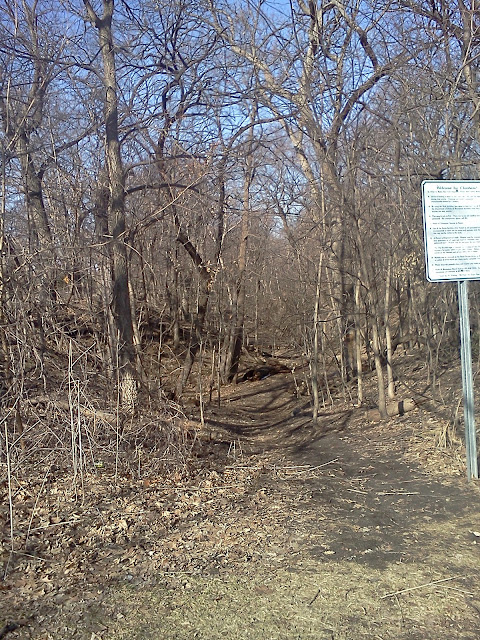 What unintended adventures have you had lately?
Posted by Jess at 7:41 PM