The resident 10-year-old has been asking for some time to have her own room, and last week we did the deed (sort of).
This small house of ours has two bedrooms upstairs and one down. We have all been living on the upper floor since we moved in and the downstairs room has fluctuated between an office and a craft space.
The Elder has moved downstairs (a big move for her and for me) and for now is sharing with the desk and computer.
It was a pretty seamless transition, though The Younger has been a little lonely.
More on that later...

Along with removing the computer and desk, the remaining chore is some decorating.
The walls are pretty bare, and the bed was awfully plain.
Though, for the cost of about $12.00 I was able to rectify the bed problem this evening.
Since it was the base of a bunk bed, there were posts on each corner that were begging to receive supports. 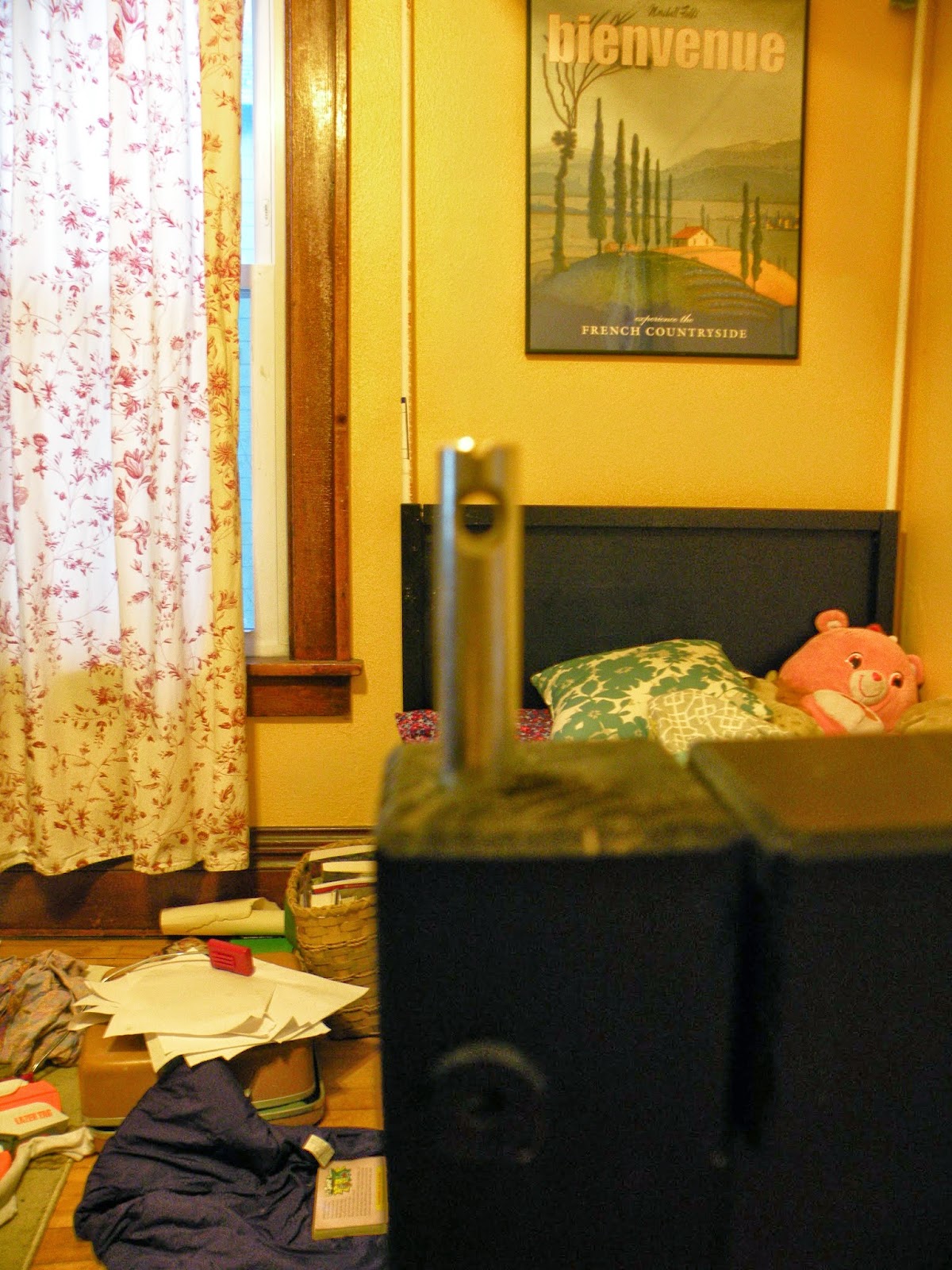 So I bought four 10-foot 1/2" PVC pipes, and hardware for corners, and constructed this canopy in about 15 minutes.
She's thrilled, and the room is looking a little more like a bedroom than an office. 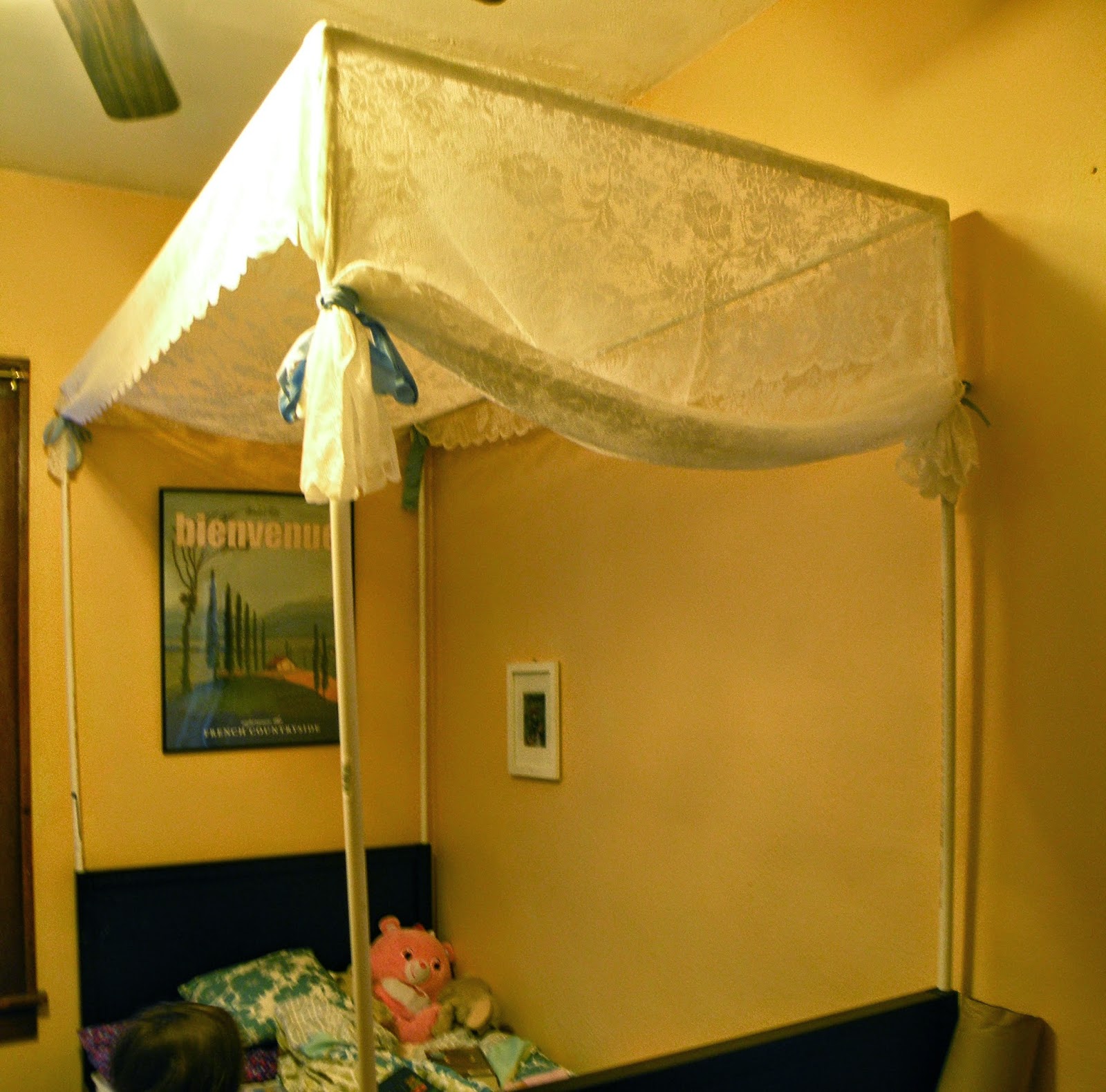 Add a couple of yards of curtain fabric that I found at IKEA about 5 years ago, and you have a pretty princess bed. And, it'll double as a chuppah someday, should the need arise.
More updates to come on our game of whole house Tetris.