So, Saturday morning I saw a message on our neighborhood email list that there was a free dollhouse available.
It just so happens that The Youngest asked for a dollhouse for Christmas, so I said yes!
I ran over to get it (I had been warned that we'd need two people to carry it, so I brought the Hubby along) and was a little super excited when I saw this- 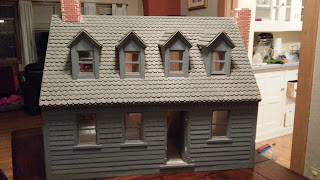 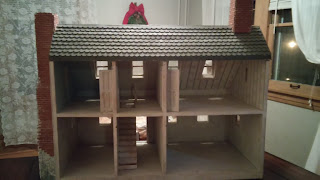 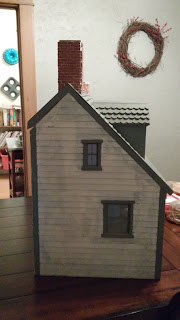 I had also been warned that it needed a little love, which wasn't an exaggeration.
There was a broken tread on the stairs, so I pulled it out and used some veneer I had lying around to build a new one. 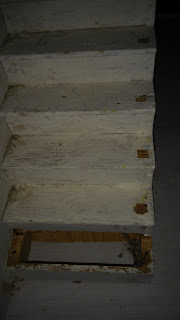 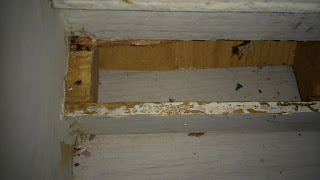 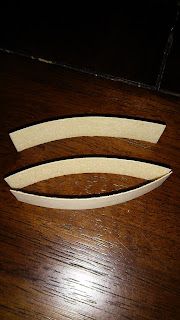 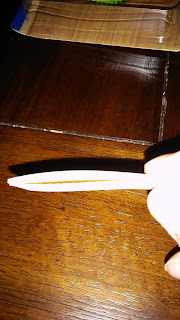 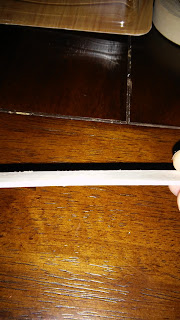 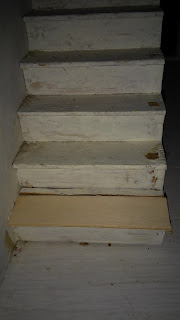 The actual bricks on the chimneys look pretty rough, 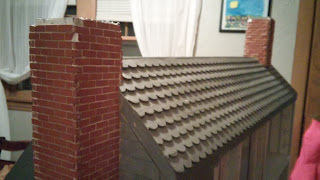 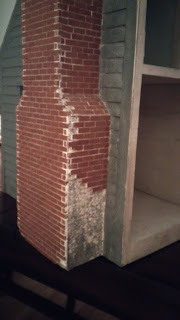 so I went to Michael's and grabbed some Sculpey to make some new bricks.
I did look in at the hobby shop for some pre-made bricks, but their selection of doll house stuff was, frankly, terrible. It was more of a miniature railroad type of a place...


I also got a pad of scrapbook paper for rugs and wallpaper. 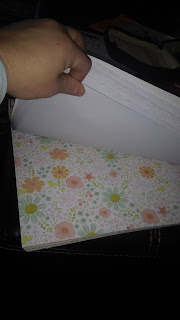 Now I need to get some paint, the all over gray look isn't quite doing it for me.


There are 4 weeks until Christmas, but I also have four Christmas stockings to knit, so the hours are looking awfully limited.


After all the practice we got painting everything in our last house, the Hubby got to be really good at it, we can collaborate on that piece of the puzzle.


I know for sure that this kind project is just a distraction from the horrible things going on all around. I weep for the people lost and injured in the past few weeks all over the world to terrorism. We have white supremacists attacking protesters here in town (who were themselves protesting the death of another unarmed black citizen at the hands of police), the attacks on Paris, Colorado. I don't know how to offer any help out there, so I will, instead, remodel a tiny house. Something I can easily control, and that will bring joy to my daughter.