Hey all.
Those of you who live in Minnesota will know this already, but it SNOWED yesterday. 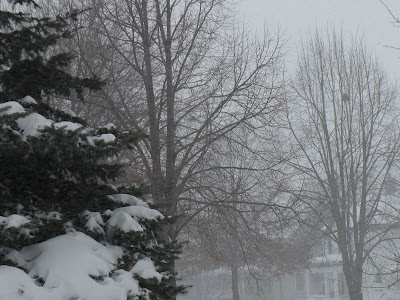 This would be a fine way to spend a Saturday, if we had not planned a birthday party for a certain 7-year-old for yesterday afternoon.
We went ahead with a much-reduced guest list, only those 2 girls who could walk across the street to come, and it worked out just fine; quieter, calmer, more like a playdate.
The snow didn't stop until late last night and in the end we got about 16 inches. 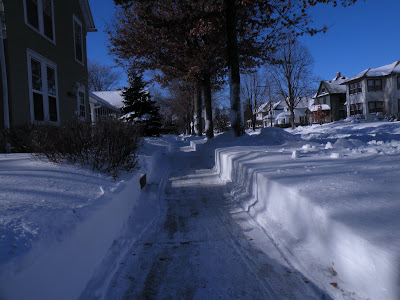 Good thing my lovely husband decided to buy a snowblower in anticipation of the storm, which has been called Snowmaggedon, Snowpocalypse, SnowMyGod and Snownami, depending on who you ask.
The temperature has dropped dramatically, and if I hadn't been working pretty hard to dig my car out of the snowbank to make way for the plows, I would have been really cold.
The lovely blue sky has made up for that somewhat. 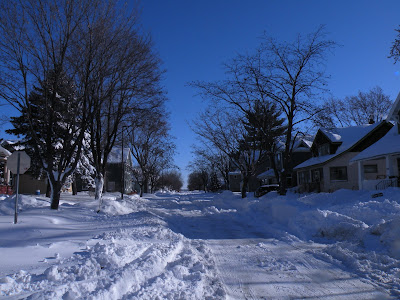 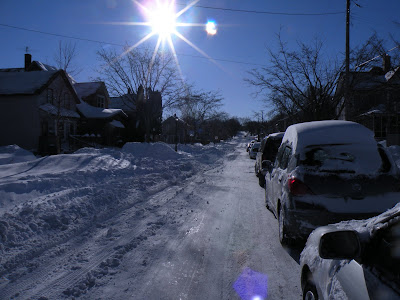 It certainly is the biggest snowfall that I have seen since high school.
Ask anyone who lived here in 1991, and they'll tell you their story of the Big Halloween Blizzard.
Now my kids will have a great story about the Big Snow of 2010, when it was the Elder's birthday and we had to walk through knee-high snow to get our friends.
Posted by Jess at 11:55 AM