I've been so busy the past few weeks with work that I haven't had much of a chance to do any crafting.
I decided that's not o.k. with me, so in a few stolen moments since Saturday I cast on and started knitting a little dress for The Youngest.
The multi-colored yarn was a gift from a friend. She messaged me on Ravelry a couple of weeks ago asking if I could use some Kauni Effektgarn. I am never one to turn down yarn, so I said yes!
When the package came it was bursting with all sorts of yarny goodness. 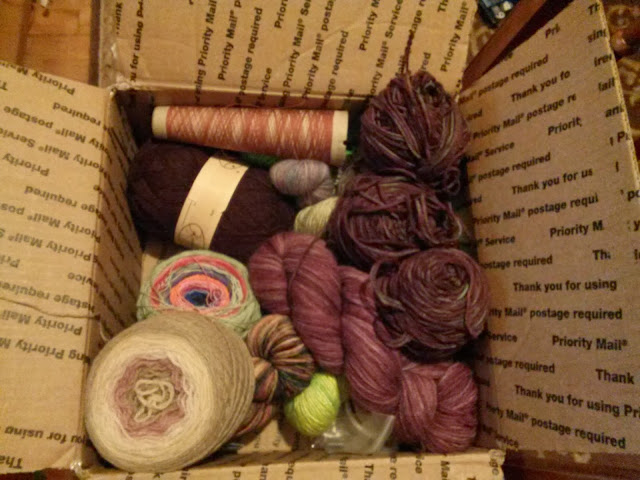 I decided that I needed to make The Youngest a fair isle sweater with the Kauni with another yarn as a foil.
The yarn I settled on (with help from my boss and co-worker) is Alpaca 2 from Isager.
It's so soft, it'll balance the hard texture of the Kauni.
As I was perusing patterns I came across a little dress with a stranded yoke.
So, of course, I switched it up and now it's going to be a dress.
I found a pattern on Ravelry for a fair isle yoke pattern, 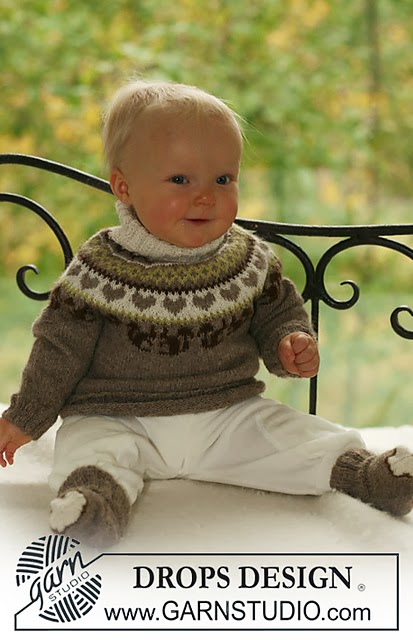 and using that as a template I am going to add in some patterns of my own.
I don't plan on knitting the hearts or the squirrels, but I am going to add the paper doll ladies from the sweater on the cover of Rowan Summer Baby and maybe the squiggles and vines. I haven't decided yet. 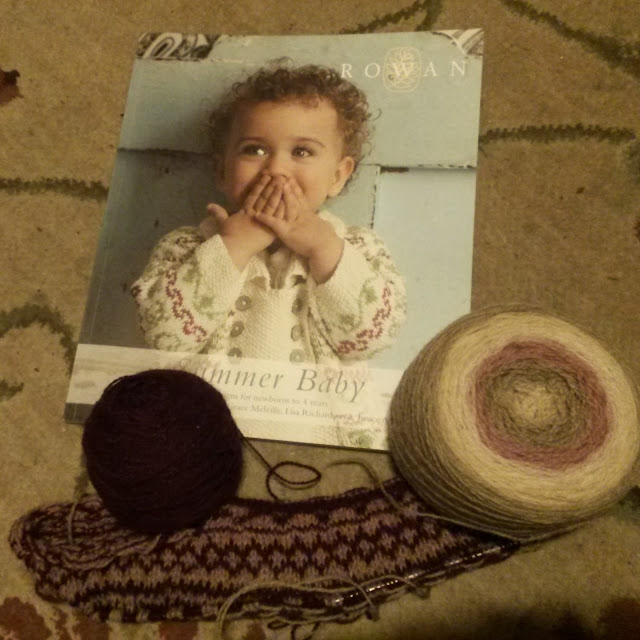 What's on your needles today?
Joining Nicole with KCCO.
Posted by Jess at 7:24 AM