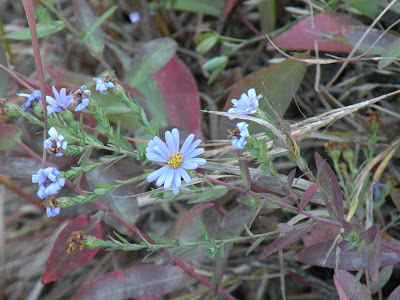 Every year about this time I start to itch for some time in the woods.
Today was that day. 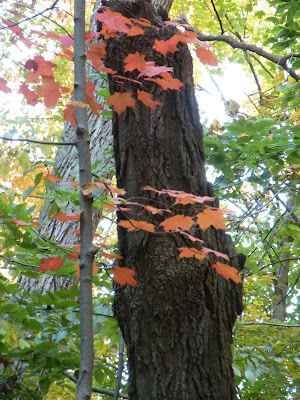 I headed out to my favorite ramble spot in Saint Paul, and as the colors are just beginning to be spectacular I will probably make a few more pilgrimages in the coming days and weeks. 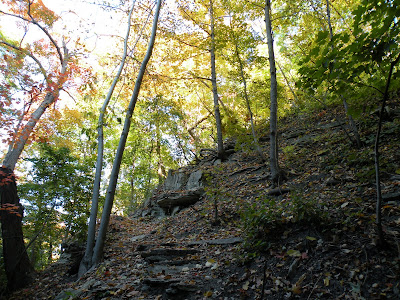 It was a little emotional roller coaster of a morning. The Elder had an altercation with some classmates and I went to discuss the situation with her teacher.
After speaking with all of the miscreants involved it turns out that the worst offender wasn't her usual irritant in class but a girl who had been her friend. I think I felt the betrayal as deeply as the Elder must have done. 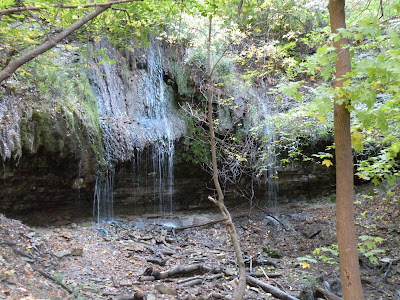 So I headed to the woods and listened to the waterfall and the wind in the trees.
It was such a gift, that half hour I spent in the woods.
To be able to sit quietly and breathe with the swaying trees and watch the light change as the sun came over the edge of the ravine and smell the sweet decaying leaves and dirt, it was just what I have been missing in my life.
Posted by Jess at 5:51 PM