Halloween, ahead of schedule 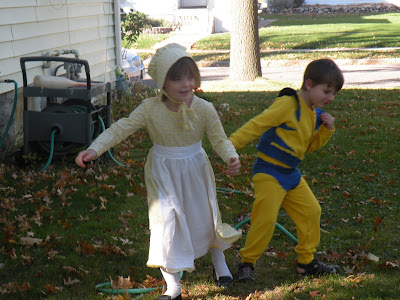 Even though I love to sew, I don't usually make the kids their Halloween costumes.
It's just so much easier to go to Once Upon a Child and get a used one for $10.
This year we had some specific requests for costumes, Wolverine 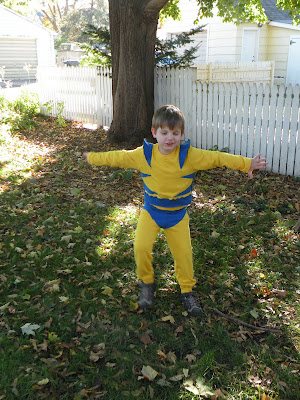 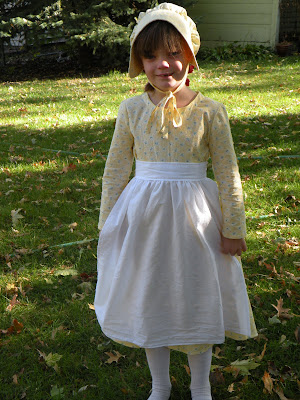 Well, I had the beginnings of a Laura Ingalls costume, so I suggested that one, but she agreed whole-heartedly.
Making these costumes actually ended up being cheaper than buying them. The tally is even better if one counts stash fabric as free, and a pattern that can be used again as half of its value.
The Younger's Wolverine costume is made from 2 oversized adult sweatshirts that I got at the Thrift store, around $7.
The Elder's entire outfit came from my stash, so her costume was free!
My two favorite things today -
Laura loves to rake as much as my Elder does 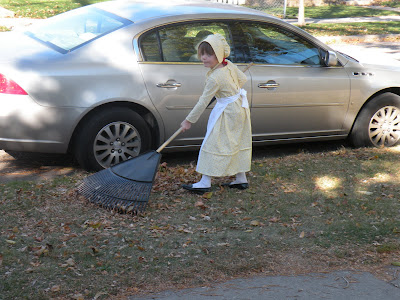 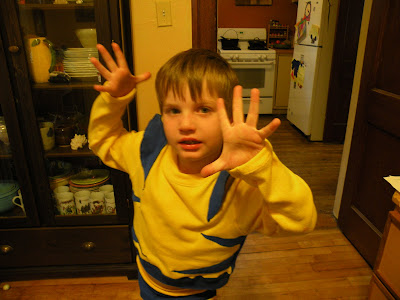 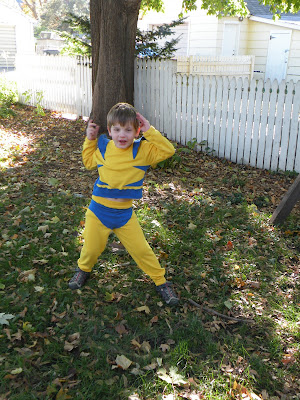 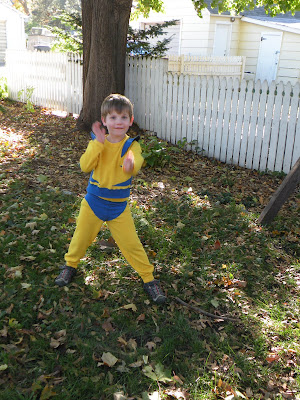 I really couldn't get a still photo of him, he is really into posing as Wolverine.
I don't have the gloves with the "thorns" yet, but I do have the materials so they should be finished by the big day.

They are off to the Zoo Boo, so they can take the costumes out for a test drive.

Any big holiday sewing in your future?
Posted by Jess at 3:45 PM