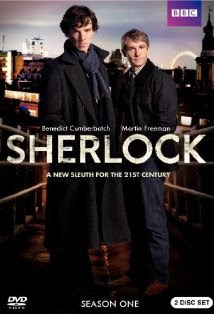 I don't know if you have heard, but there is a new Sherlock in town, and it's awesome! Last night on Masterpiece Mystery they showed the first of 3 installments of a modernized Sherlock Holmes miniseries.
The best part of it is that Martin Freeman (swoon) is Dr. Watson, and the other best part about it is that the actor playing Sherlock Holmes has a crazy English name that rivals Sherlock Holmes himself - Benedict Cumberbatch.
He played the rapist in Atonement, and was super creepy, but he plays the roll of Mr. Holmes quite well.
As I was engrossed in watching this last night, I worked on a mitten for my Elder.
You saw the beginning of this one yesterday. I got a little obsessed and nearly finished it last night. 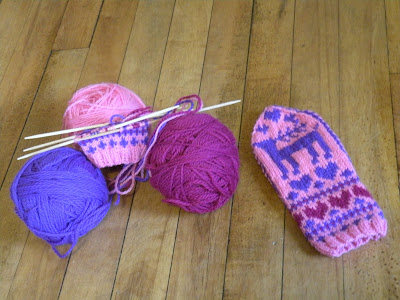 It was really late by the time I finished watching Sherlock, and I messed up the thumb 3 times before calling it a night. 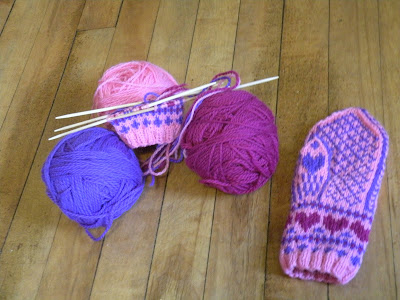 I was able to finish the whole thing this morning, while the Younger was at school, and I got a good start on the second one.
Hopefully, I'll be able to finish these before the snow flies.
I have a nice pile of knitting to do for orders, 3 Christmas Stockings, a sweater and a vest with an amazing story that I'll share in a few weeks, so I'll have to plan in some kid-knitting time on the schedule.

I found the reindeer pattern in this mitten in the fantastic Knitting Motifs for Babies and Kids book by Lucinda Guy. 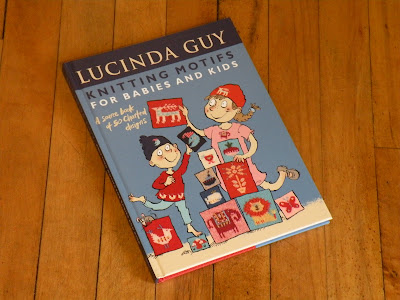 Go out and get this book, if you have any interest in intarsia or fair isle knitting.
There is a chapter of traditional folk motifs, and then there is one of vehicles, including a car pulling a caravan, and a digger and then there is a chapter about household things, like a house and pots, and pans, vegetables.
The best chapter is the one about rockets and robots.
The Younger was looking through it yesterday and now he wants a hat with a house and a carrot and a spaceship and a robot, and birds and flowers and clouds and hearts.
I'll do my best to fill that order, though it's a pretty tall one...
It's getting colder out there, what's on your knitting list?
Posted by Jess at 12:15 PM