I have finished the knitting on my BSJ Snowsuit this evening. 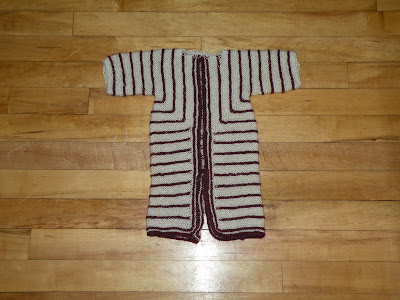 As this design was an adaptation of an Elizabeth Zimmerman pattern, I felt free to make my own modifications.

I decided that if I wouldn't like to button as many buttons as the pattern calls for, neither would any friend of mine. Instead, I made this to zip.

So, I used kitchener stitch to close one leg, and bound off the rest of the stitches after 3 garter stitch ridges instead of the suggested 6 ridges.

All that remains is to pick out the zipper and install it.

On an unrelated note, I have a fun pic from the farm at the MN ZOO. 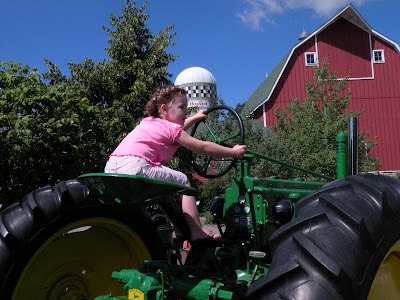 Note the cartoon color of the sky?

We have been having a run of unbelievably beautiful weather lately.

Have a relaxing night,