Today is my Darling Husband's birthday.
Unfortunately for him, he had to work all day.
Having him away gave me an opportunity to surprise him with some big cleaning (woo hoo, I know, we really know how to party)
He brought home some T-Bone steaks yesterday, so I gave the grill a good clean.
Too bad for us, I knocked something loose and when I turned it on the flame was under the knobs and now they're melted and we don't have a functioning grill.
Everything worked out, though, it turns out that T-Bones are just as good when you broil them! And, also I probably won't be on grill-cleaning duty again, which is a win-win, as far as I see it.
We suffered the loss of our microwave less than a week ago, I hope the rest of our appliances aren't planning some sort of mass suicide.

Breakfast was toast, yogurt, applesauce or eggs (depending on who made what for themselves)
Lunch was egg salad sandwiches
Dinner was baked potatoes, garlicky pan-roasted green beans, sauteed mushrooms and steak.
Followed by yellow cake with chocolate frosting.
The consensus was that it tasted just like Jiffy Yellow Cake Mix, even though I made it from scratch. 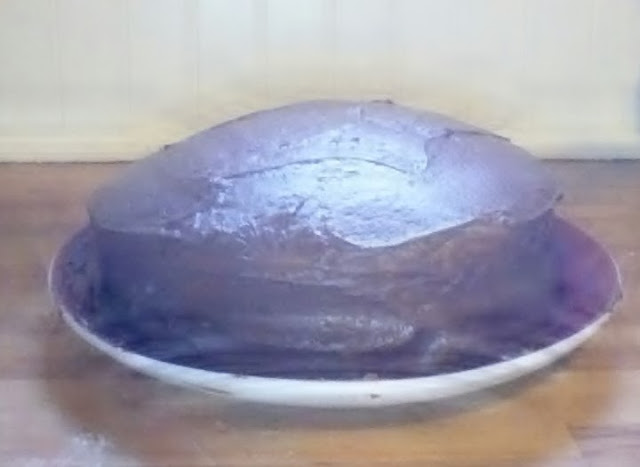 I really have to get a new camera.
These kindle and phone pics are killing me.